Derek Stephen Prince, aka Steve, has been in the voiceover industry 24 years, and as an actor for 41.
His voiceover career spans across such shows as Power Rangers Turbo, Power Rangers In Space, Power Rangers Lost Galaxy, Power Rangers Time Force & Power Rangers Wild Force; Digimon: Seasons 1-4 & 6-7 playing such favorites as Digimon Emperor, Veemon, Beelzamon, Impmon, Piedmon and Jeremy, to name a few; Love, Hina where he played Keitaro; Bleach, where he played Uryu Ishida; Naruto/Boruto, where he still plays Shino Aburame; Iggy the Boston Terrier on Jojo’s Bizarre Adventures: Stardust Crusaders; Guts the pug in Kill La Kill; and Ranjiro Kiyama in BeyBlade Burst Turbo.
Video games include the Kingdom Hearts series as Vexen; Odin Sphere as Oswald; Operation Darkness as Adolf Hitler and Jack the Ripper; Fuyuhiko Kuzuryu in Danganrompa V2; Kokichi Ouma in Danganrompa V3; Detective Harper in Blade Runner: Redemption; and Abul Barrrel in CatheRINe – Full Body.
Steve was in the original cartoon series of Lilo & Stich as Loki the shaved ice vendor; Little, Big, Awesome for Amazon; NFL Rush Zone – Guardians Unleashed as Jackson; the film Jungle Shuffle with Rob Schneider and Drake Bell as Louca the toucan; and the film Bling where he played the ring vendor, opposite Taylor Kitsch.
This year, Digimon Adventure 02 celebrates its 20th Anniversary. Steve played The Digimon Emperor, DemiVeemon, Veemon, ExVeemon, Paildramon and Imperialdramon – for those of you who remember the show. Steve is so excited to be at CaperCon with all of you, even if it is just virtual.

Vernon Oickle is an award-winning journalist and writer from Liverpool Nova Scotia.
Vernon has written and published 31 books, including Strange Nova Scotia, Bluenosers’ Book of Slang and Ghost Stories of Nova Scotia.
Maritime folklore, superstitions, traditions and history are his passion.
Welcome to the CaperCon family! The inclusion of strong, multi-dimensional characters who grow and change over the course of the story is just as important in a good story as plot or idea. But when your characters and your plot are strongly connected, you have a story that works every time! Come join me to talk about finding the synergy between these two important elements of your story. There will be time for some Q&A! 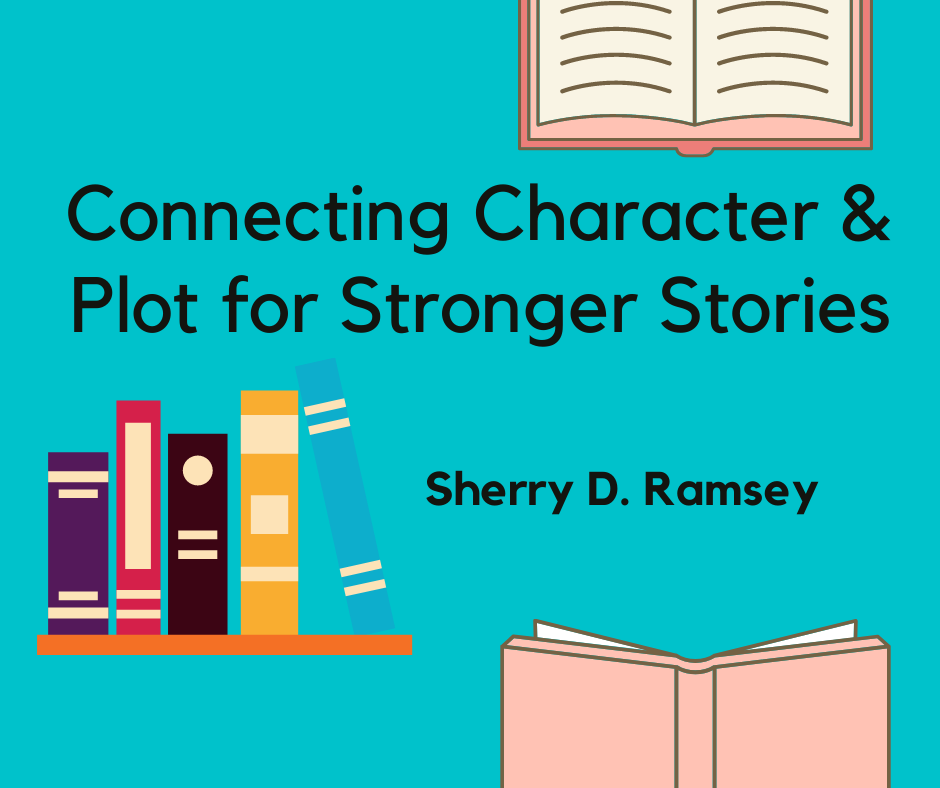 Being Creative When the World is a Mess

2020 has been a difficult year for many creative types–but creativity can be a struggle even when there isn’t a global pandemic! In this panel we’ll talk about strategies for reclaiming your creative self and even using it to get through tough times. There will be time for Q&A after the talk! 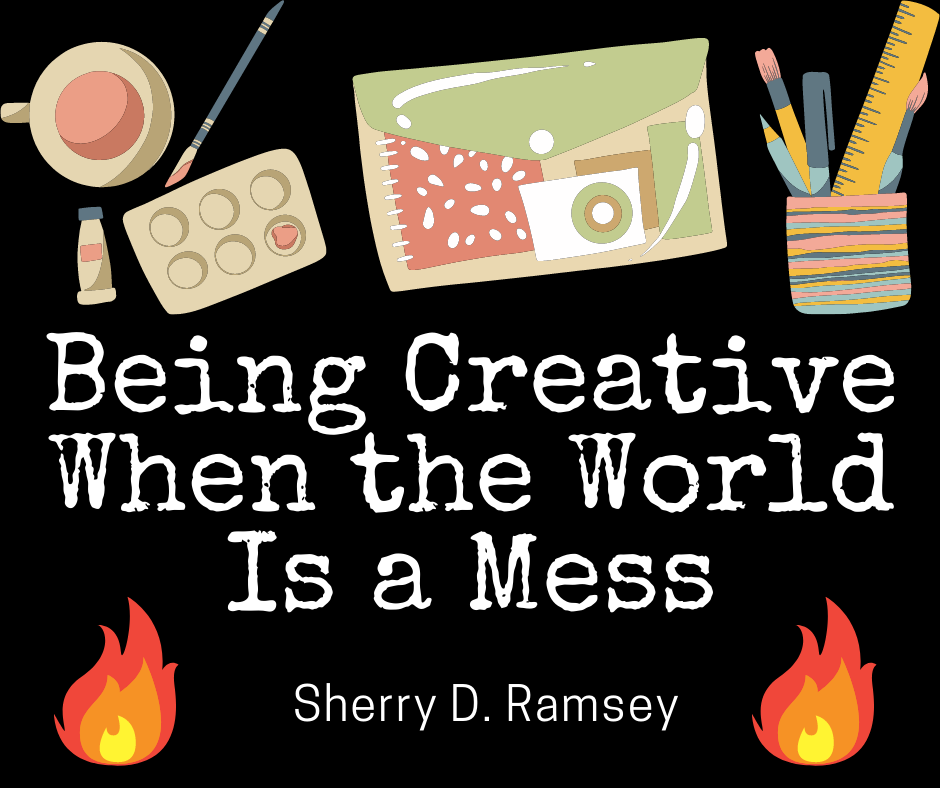 Come join us in the Armoury workshop, were we will show you how to make your own leather and satin dice/coin bag. The bag is quick and easy to make, and is based on an actual historical design. All materials can be sourced on the island, and are inexpensive. Feel free to ask questions as we walk you through the project. Hope to see you there.

We all love our fandoms. Some of us so much so that we decide to create our own stories in them.
This is the story of the stories that shouldn’t be.
The cringe-inducing purple prose, the shudderingly awful plot, the cardboard-cutout characters that are all the more nauseating because we know that- surprise! -it’s really just the author inserting themselves into their own fantasy.
I find the worst examples I can, trim the fat, and serve up a coarse course of semi-illiterature to you.

Rise of The Collectables

This presentation by Jeff Wilson explores the complex & fascinating world of collectors, including the many reasons why people share this passion! The History of Slasher Films

Join Movie Master Janna as she takes you on a journey discussing the history and evolution of slasher films! Janna is currently working on her degree in film and has an obsession with all things horror and macabre! The Genius of John Bryne

This one hour discussion with Jeff Wilson explores the incredible career & artistic legacy of John Byrne, one of the greatest comic book artists of all time!

TBD – If CaperCon gets enough submissions we will spend the night telling and sharing local ghost stories!

What We Draw in the Shadows

Join local artist, Jeff Wilson, in this one hour, interactive art lesson to improve your skills with a variety of tips, tricks & techniques that add light and shadow to your artwork!

This lesson is open to all ages and skill levels; there’s something for everyone!

The Afternoon (K)night of Paint

Come one come all!
Bring your skills of creativity and color and learn to create a masterpiece with artist Baillie!
This is for all ages and skill levels. Free of charge but gratuities are encouraged.
The journey is a long one, please take these to help you:
A canvas of your choosing
A large, medium, and small paint brush
Paint (basic colors are Red, Blue, Yellow, white and black)
Water and paper towel

The Afternoon (K)night of Paint – Event

Not even a global pandemic can stop CaperCon’s Ultimate Nerd Trivia! Only this time, we’re going DIGITAL. That means we’ll be hosting trivia on Zoom! All the provided links will be coming soon.
Think you’ve got what it takes to challenge Trivia Master Avery and his army of devious questions? Then assemble your team of 6 (maximum) or ride solo – we recommend you set up a group/voice chat on Messenger or Discord to discuss the questions.
The winning team/player will be crowned CaperCon’s “Ultimate Know-It-All(s)”

Come one come all!
Bring your skills of creativity and color and learn to create a masterpiece with artist Baillie!
This is for all ages and skill levels. Free of charge but gratuities are encouraged.
The journey is a long one, please take these to help you:
A canvas of your choosing
A large, medium, and small paint brush
Paint
Water and paper towel

The (Knight) of Art – Event

The epitome of so-bad-it’s-good cinema, FanFiction Theatre is proud to present Plan 9 From Outer Space: the Zoom Play. Extraterrestrials seek to stop humanity from creating a doomsday weapon that could destroy the universe. The aliens implement “Plan 9”, a scheme to resurrect the Earth’s dead, referred to as “ghouls”. By causing chaos, the aliens hope the crisis will force humanity to listen to them; otherwise, the aliens will destroy mankind with armies of the undead.
This is a special dramatic read through for CaperCon audiences to preview our upcoming production on October 29th and 30th. Come enjoy the show and chat with members of FanFiction Theatre from the comfort of your own home.
Please come be weird with us!

THE RETURN OF THE CAPE BRETON LIBERATION ARMY

Inspired by the work of Paul “Moose” MacKinnon
Additional story & choreography by Thomas L. Colford
From the pages of Old Trout Funnies come a new team of heroes for a new generation: The Cape Breton Liberation Army. Join the South Bar Boys and a host of new Generals as the rag-tag gang reunites to battle mainlander ruffians, prehistoric lobsters, and the infamous Tar Pond Monster. Plus: Who is the Indefatigable Come-From-Away…?
Not the heroes Cape Breton deserves, but the heroes Cape Breton has to bloody well live with, b’y!
A newly revised, tightly packed n’ take no names production from the creator of DREAM & HEART OF STEEL
“A Cape Breton cultural phenomenon.”
–CBC

Virtual Con – Among Us – Hangout and Play

Join the CaperCon Among Us – Discord Server – https://discord.gg/HKYxcd6The Moderator will be hosting games of up to 10 crewmates, posting the game codes in the discord. It will be first come first serve, but we will rotate every so often for new people to come and play as well. Come and find the imposter, or lie your way to victory! Join the discord now for updates on gameplay.

**Note – we won’t use mics to prevent adult language. Only the chat screen in the game will be used for discussion.